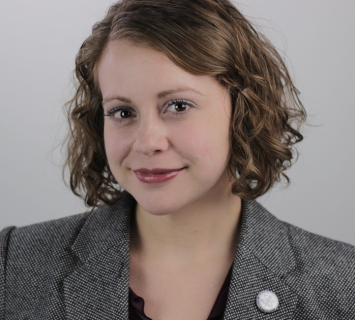 Mary Ellen Iatropoulos, MA, MPS is Director of Education and Experience at The Art Effect, an arts and media non-profit where children and youth can expore, experience, and excel in the arts for college and career paths. She manages the Spark Studios video entrepreneurship program, the MADLab arts-based placemaking/urban renewal program, and the in-school residency program, as well as oversees successful design, implementation, and evaluation of sequential arts curricula across all organizational programs, alongside teaching her own courses in media/digital literacies and multimedia production, with a focus on social justice and pedagogies of empowerment. She runs the internship program, manages and advises teaching teams, and coordinates in-school and after-school media programs for schools, community learning centers, and clients such as Poughkeepsie Day School, Ulster B.O.C.E.S., the Poughkeepsie City School District, Vassar College, The Cary Institute, Scenic Hudson, and libraries throughout the Mid-Hudson Library System. Prior to working for The Art Effect, she held the position of Director of Media Education for Spark Media Project, a non-profit organization specializing in media and technology.

She holds a BA in English from Vassar College as well as an MA degree in English and an MPS degree in Humanistic/Multicultural Education, both from SUNY New Paltz. She earned the Outstanding Graduate Award for her work for the latter in 2013 and is featured in the department’s “Many Ways To Be An Educator” campaign (video available here).

In addition, Mary Ellen is an award-winning scholar and author. She regularly presents at numerous educational and academic conferences, among them NeMLA, SAMLA, and Slayage, the biennial academic conference of the Whedon Studies Association. In 2012, her Slayage paper (“Defining Joss Whedon’s Disability Narrative Ethic”) won the prestigious Mr. Pointy Award for Best Paper of the Conference, and in 2014, her paper “Laughing and Crying Behind Her Mask: Sentimental Code-Switching in Fanny Fern’s Ruth Hall” was awarded the Best Paper in Women’s/Gender Studies from the Northeastern Modern Language Association’s Women’s and Gender Studies Caucus. Her writing has been published in the Southwest Journal of Cultures, as well as several edited volumes of pop-cultural literary criticism, including the PopMatters eBook After the Avengers. She is co-editor of the volume Joss Whedon and Race: Critical Essays available here from McFarland Publishers. 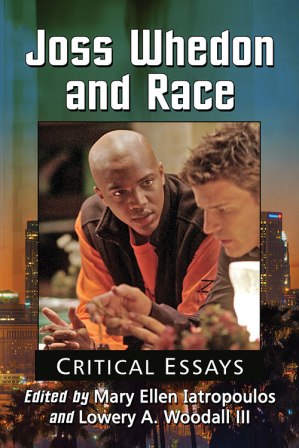 In 2016, Mary Ellen was awarded a second Mr. Pointy for the Best Essay in Whedon Studies published in 2015. The winning essay “Separate Worlds Or One? Canonicity, Medium, and Authorship,” co-written with David Kociemba, is available in The Comics of Joss Whedon, which can be purchased here.

Most recently, Mary Ellen became one of two people in the world to win a third Mr. Pointy award for Best Book-Length Work in Whedon Studies for Joss Whedon and Race. This summer she delivered a keynote speech at the Slayage 2018 conference, entitled “The Savior and The System: Interrogating the White Savior Complex in Joss Whedon’s Works.”

Her full C.V. (including awards, presentations, and publications) can be seen on her CV below.